It was a quiet night, especially because I had two sets of earplugs in my ears. Lights were flashing all over the room. The rowdy fans had their headlamps on and were packing up at 6am. We were tired and didn’t start rolling out until about 7:30. Everyone had to be out by 8am. We walked through the town to find the start of the Camino. Very exciting. We were definitely going uphill. We were about a mile out when the really steep climb started. It was brutal but there were lots of pleasant distractions … horses, sheep, flowers, mountains. After three hours of climbing we were exhausted and that’s when the really steep part began. There was a shortcut through a field — too daunting.  We sat down for awhile to rest. Saw another pilgrim go by and he took the paved path which was a little longer but less treacherous. We took a deep breath and got our courage up. We had to set goals … let’s just make it to the next post, make it to the next clump of trees, make it to the next cowpie, etc. It took a long time. We had planned to go further to Roncevalle, but when we made it to the Alburgue at Orisson, we knew it was time to stop. It was about 1pm and the thought of having an afternoon to rest was too appealing. The only thing in Orisson is the Albuergue and a magnificent view of the Pyrenees mountain range Fortunately they two beds. We checked in.

We had a nice lunch. Took a hot shower and washed clothes. We soon discovered that clothes don’t  dry very well in the mountains. Our room had six bunks and the beds were very comfortable. A long afternoon nap was much needed. There were 55 hikers who enjoyed an authentic Basque dinner served with wine. They went around the room and everyone said where they were from. Only 3 Americans. Several Irish and Swedish, some Koreans, a few Canadians, Australians, British, French, Spanish, Italians and a South African. The day ended happy. 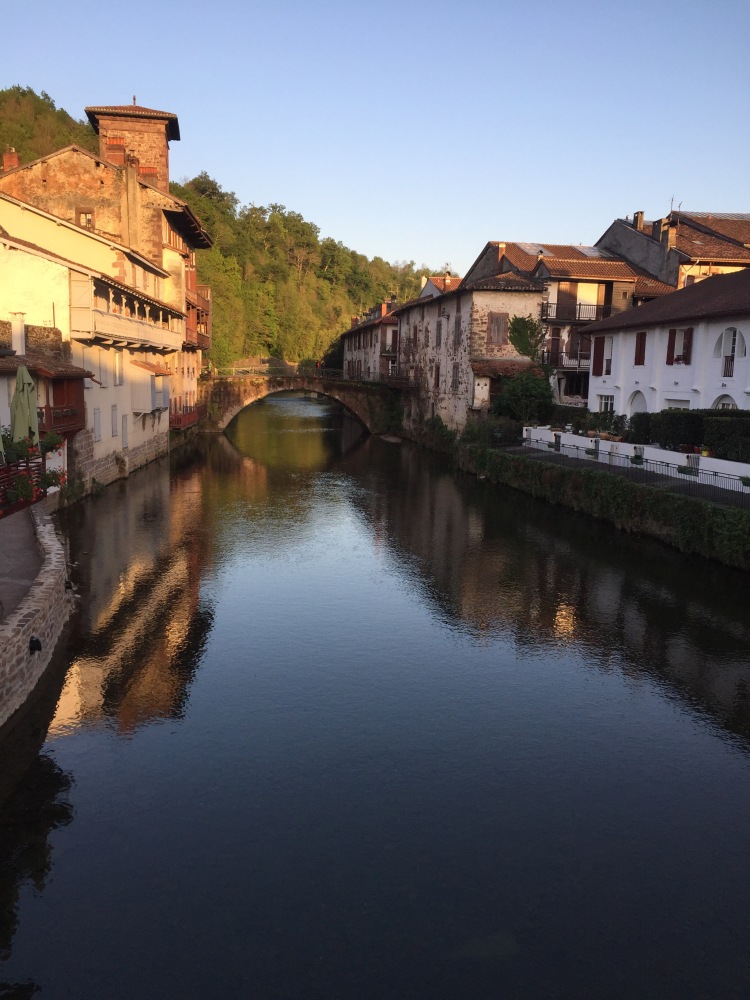 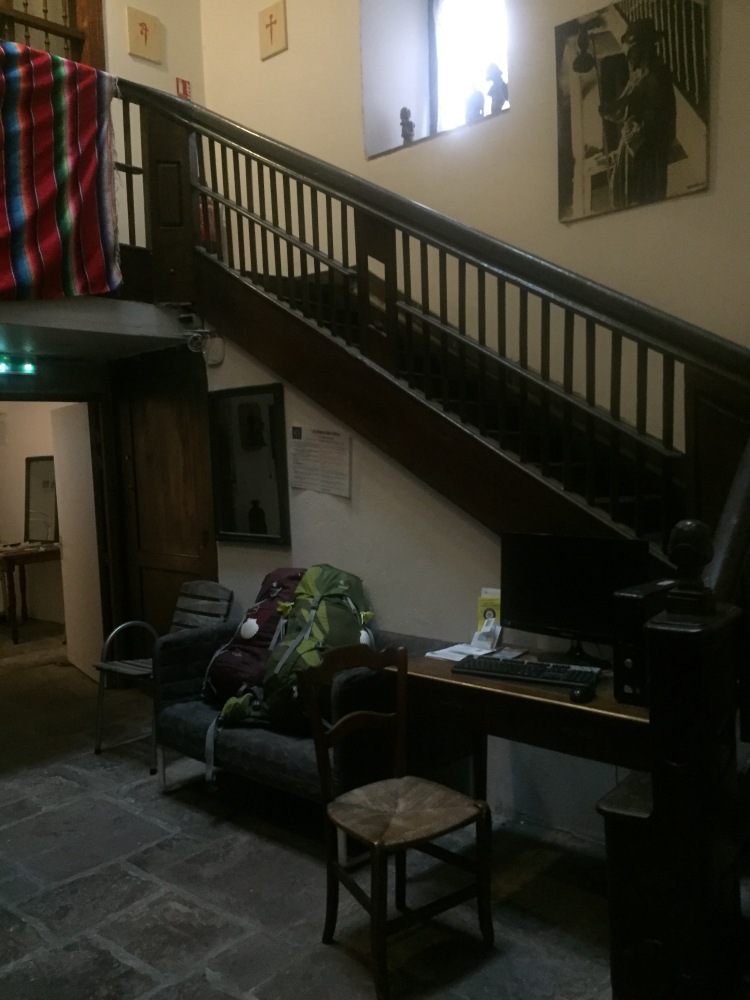 The lobby of our first Albuergue.

First steps on the Camino. Look how happy we were. We didn’t have a clue of the torture that awaited us.

Starting to get STEEP. 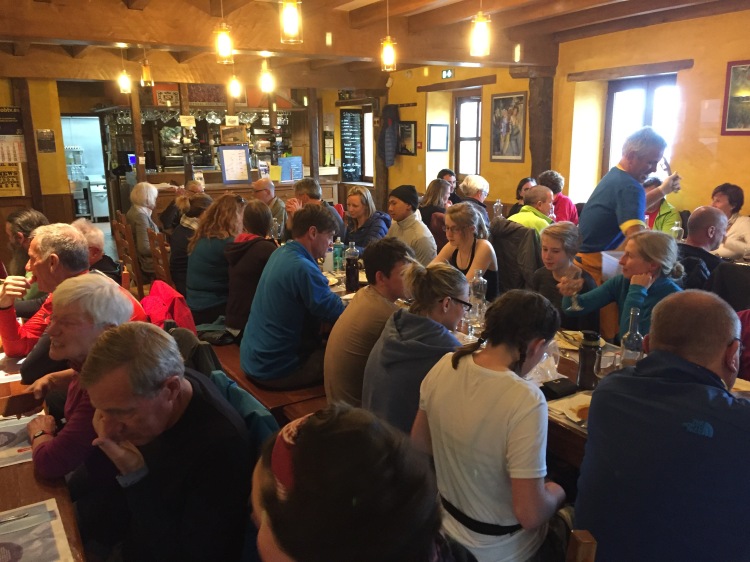 A lovely Basque dinner was served to 55 pilgrims.

Horses wander by the Albuergue.

My clothes hung outside in the wind for hours and never dried. I hung them from my bunk and they never quite got dry. Packed them damp.