YAY! The countdown is on … we are six days away from Santiago. This is the 100K marker which indicates that we are 62 miles from Santiago. We are giddy with excitement. To receive our Compostela, a certificate stating that we have walked the Camino from Sarria to Santiago, we need to show our credential and it has to have two stamps per day to show that we have walked the entire way. We collect stamps (Sello) and usually get 5-6 per day. So no problem there. 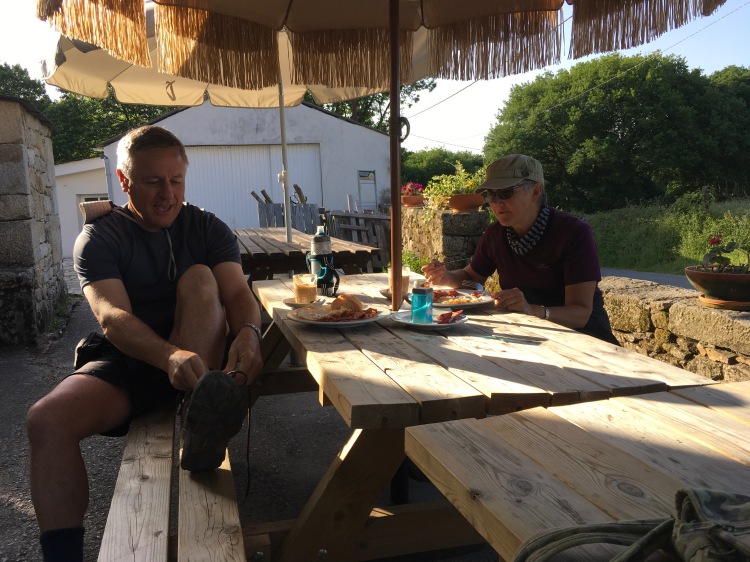 We had breakfast with Steve and Helen from New Zealand. We later crossed paths with them in Portomarin.

Love the donkeys grazing with the horses. 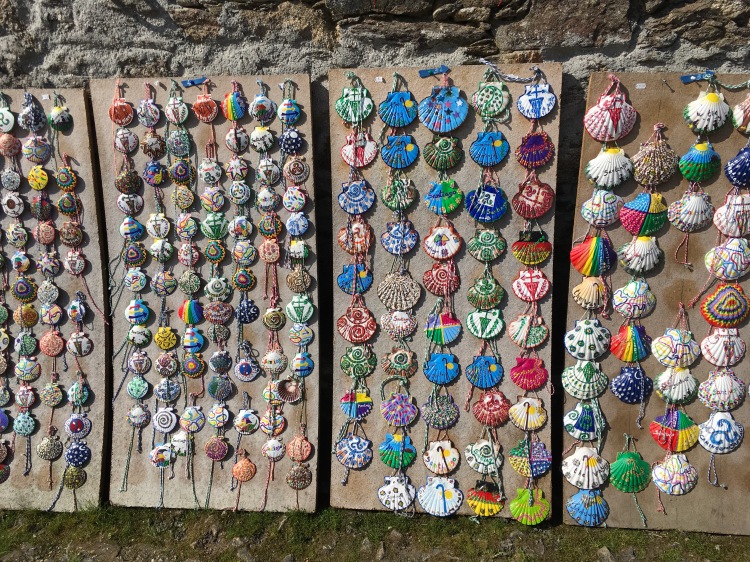 The scallop shell is a symbol of the Camino.  All the pilgrims wear one on their backpack. These were decorated. it was too hard to pick just one. So we moved on.

This is Portomarin from a distance. My philosophy is, “if you can see it, you can walk it.” It took a good hour to get there.

This is what greeted us at Portomarin. We walked for hours in the hot sun. We walk over this lengthy bridge and I can see something on the other side … no, that can’t be a giant flight of cement steps — it’s a monument? Wrong. It was a huge flight of steps we had to walk up.

After a short stop for a little snack, we were back on the trail in the hot sun. Still have a ways to go. We met some gentlemen from England and walked with them for awhile. It helped to pass the time on this long, dusty trail.

Finally around 4pm, we found our Albergue in Gonzar and it was very nice. Terry and I are quick … we know that you throw down your backpack and run for the shower. 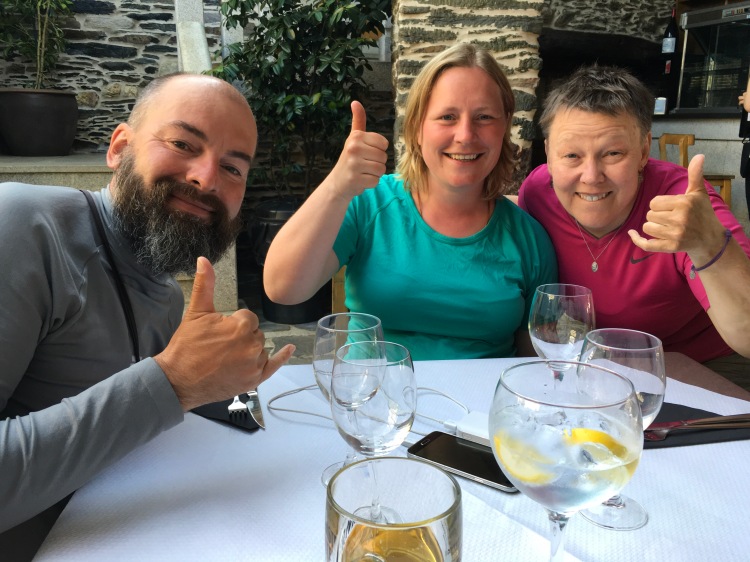 We had dinner with Mike and Steffie from Germany.

These are the gentlemen we met on the trail — Philip from France, John and Peter from England. They were at the table next to us for dinner and we later found out they were our dorm mates.

Big surprise — Morina from Australia showed up. We were so delighted to see her. We haven’t seen her since Zubiri. It was quite the party at this Albergue. A good day.