A traffic jam in a small town like Cacabelos in the middle of a Monday morning can only mean one thing — a church procession! And sure enough from a distance we could see a statue in the back of a truck go by with many people following. Oh the excitement.

It’s the feast of Santo Isidoro who apparently is the patron Saint of agriculture in the Cacabelos community. His parade float was decorated with a field of growing plants, a pair of oxen and a little mechanical donkey spinning around an olive press. Beautiful calla lilies, flowers and cherry branches.

The procession stopped in the town square where the local pastor said Mass.

The town crowded around to celebrate mass on this special feast day. After mass, we realized all the farmers had parked their tractors up the street. The tractors were all decorated with flowers and cherry branches.

The marching band played Blowing in the Wind. 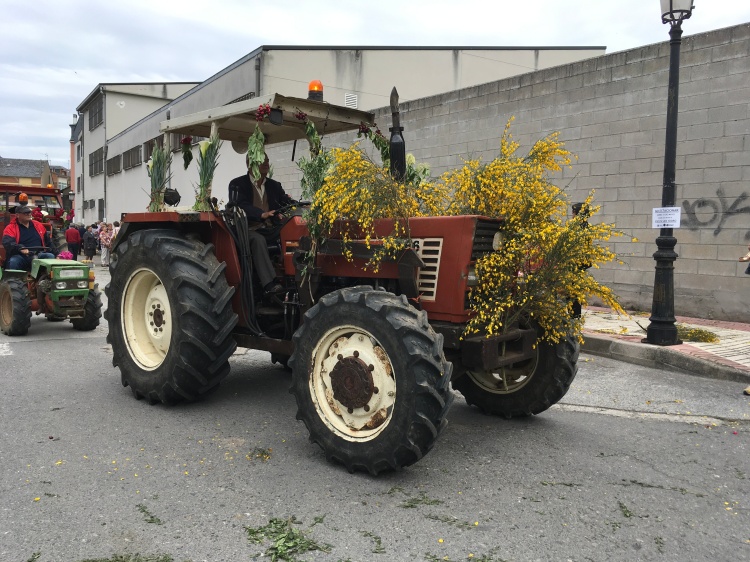 The little kids decorated their tractors too. They followed in the parade after the big tractors.

The farmers tossed flower petals and cherries to us.

The cherries were delicioso!

One of the tractor carts had a display of giant green beans. 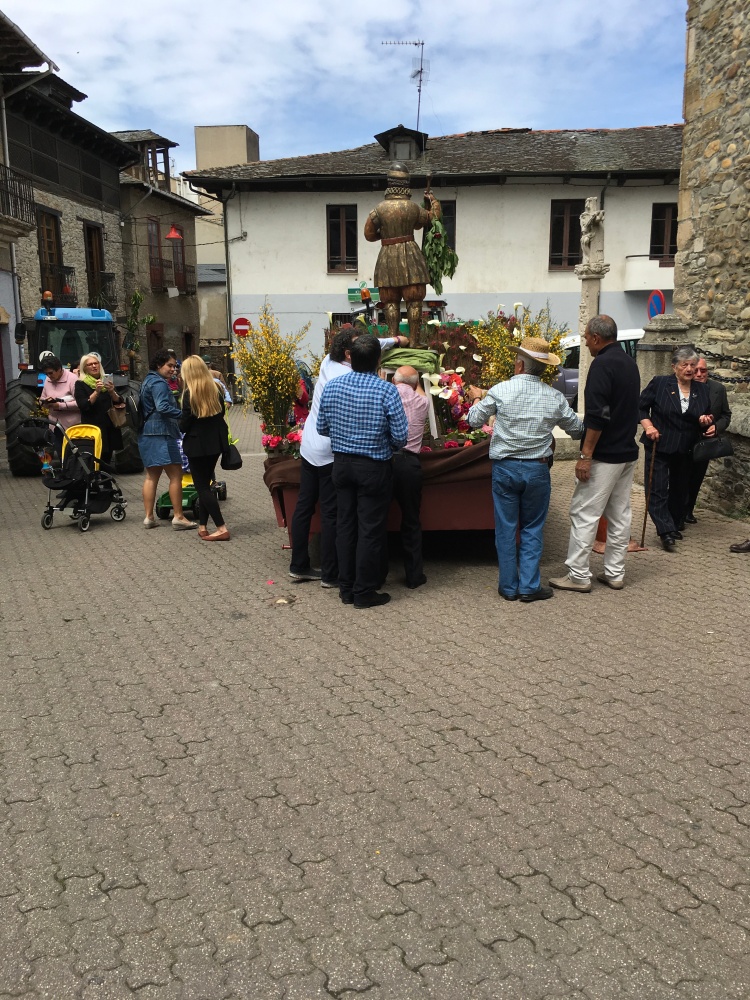 Back at the church they unload Santo Isidoro and put him back on his pedestal. 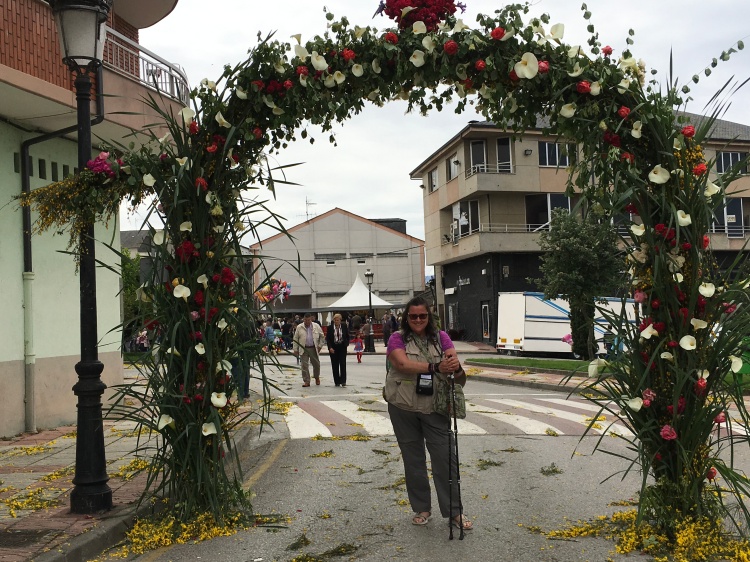 Floral arch is the entrance to the festival area.

Big kettle of octopus cooking for the festival lunch. Unfortunately we came to late and it was all gone. Quite the specialty here.

The chopped up octopus is served with potatoes and seasoning.

Back at the hotel, Terry chats with Michael from Vancouver. 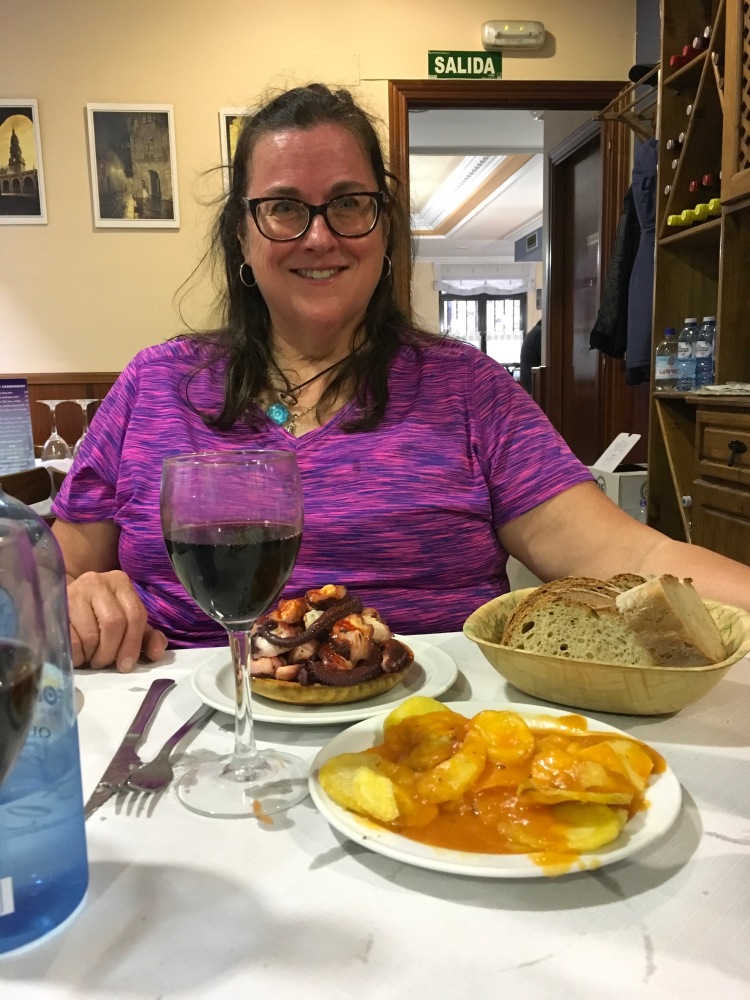 For dinner, I had a big plate full of Octopus and potatoes brava. A great way to end the day.