Toledo is a nice day trip from Madrid. It’s about an hour away. We hopped a bus and headed there.

This ancient walled city sits on a hill above the plains of Castilla-La Mancha in central Spain. It has an unusual combination of medieval Arab, Jewish and Christian monuments.

It’s a steep climb to the city center. Across the road is a view of rooftops.

Halfway up the hill to the city center, we stopped for a photo of the sprawling village below.

One side of Plaza de Zocodover has a charming, Moorish style keyhole door. 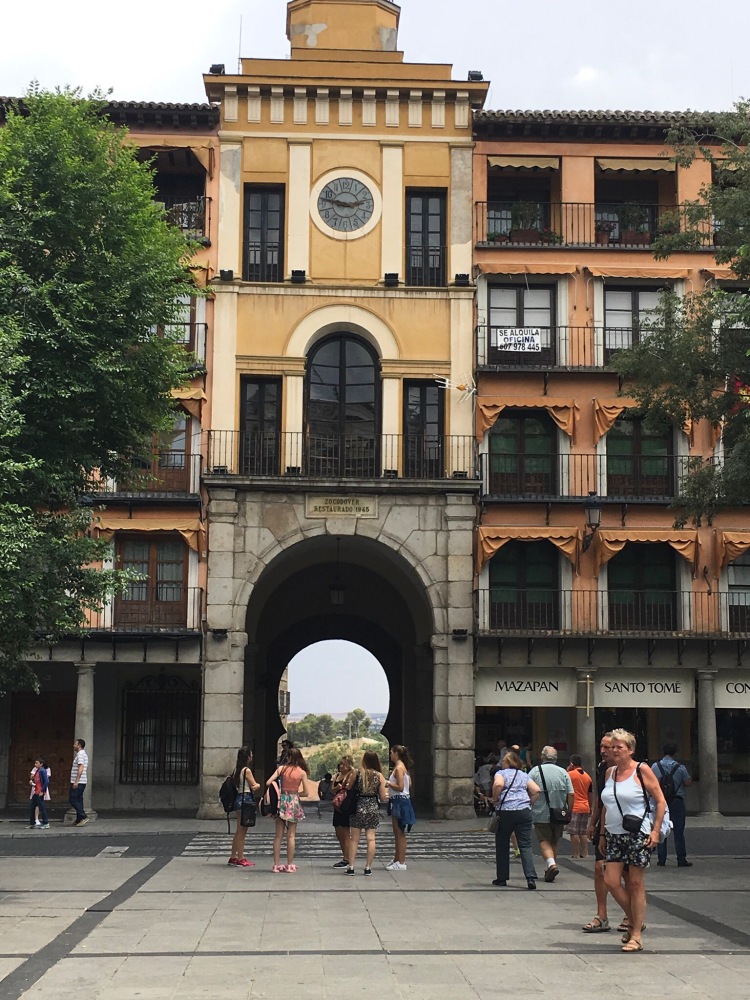 The Plaza de Zocodover is a square of the city. At one time in history, it was where horses, donkeys, foals, mares, mules and other beasts were sold. Now it is where they have the weekly market.

Special of the Day — Tapas for 2: Pisto Manchego which is a bell pepper stew sprinkled with Manchego cheese; Ensaladilla Rusa which is similar to potato salad; Estafado de Venao which is a venison stew; Caracamusas Toledanas is a Toledo specialty made from lean pork with seasoned vegetables, peas and tomato sauce and the last tapa is Boquerones Fritos con salsa tartara which is fried anchovies with a tartara sauce … served with refreshing glasses of Sangria. 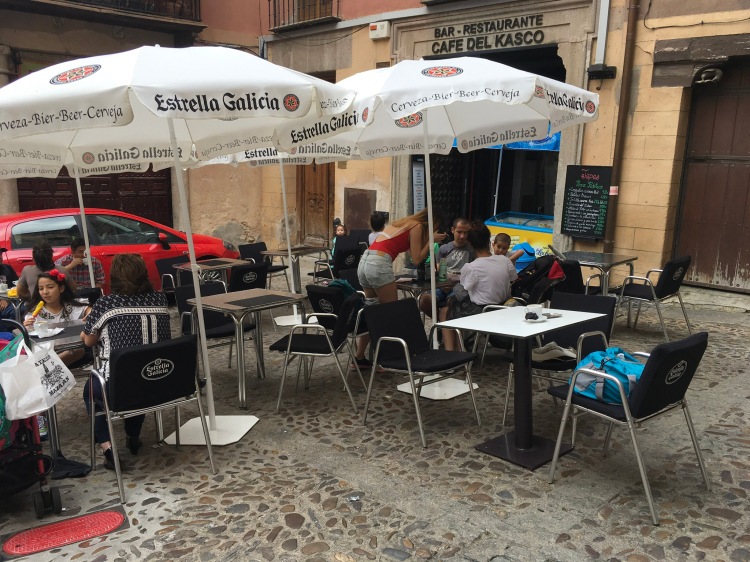 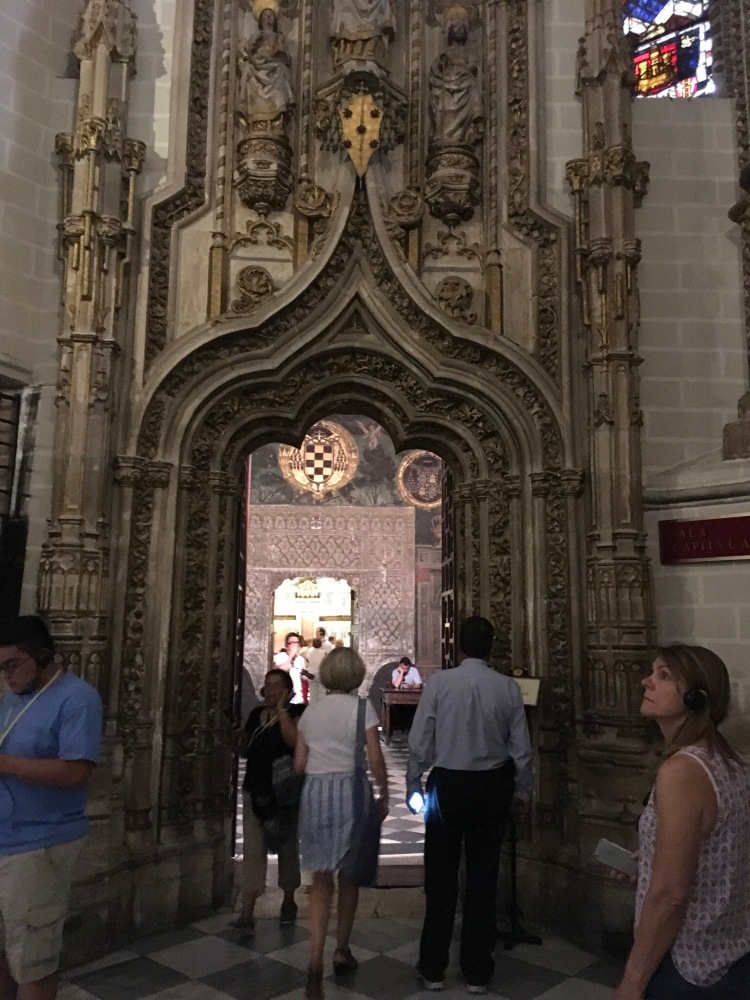 This entrance leads to the Cathedral of Toledo. It is the second largest Cathedral in Spain, after the one in Seville, but considered the most important church in Spain because of its history as the capital of the Catholic Faith in Spain.

Constructed on the site of a former Grand Mosque, the Catholic Cathedral of Toledo took 267 years to construct. This entrance is the Portal of Forgiveness. It is said that forgiveness of one’s sins is granted to those entering here. Unfortunately, these doors are now kept closed except for special occasions. The Portal of the Last Judgement is to the right and the Portal of Hell is on the left.

Above the Portal of Forgiveness is Gothic Iconography of the apostles.

This sparkling gold reliefs of the “Retablo” in the Main Chapel and High Altar just behind the main altar. This huge altar piece stretches to the ceiling.

This appears to be a hole in the ceiling but it is a skylight meant to give the image of an opening to heaven.

Carving of Mary and child both wearing crowns of gold. 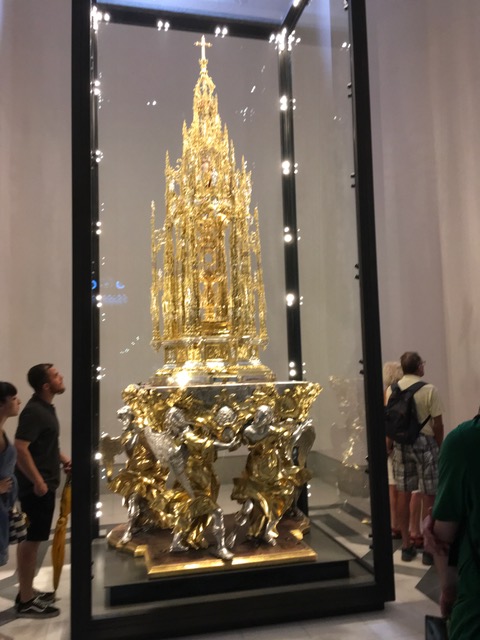 The centerpiece of the treasure room is this 500-lb, 10-foot hight, 15th century guilded Monstrance which is carried through the streets of Toledo during the feast of Corpus Christi.

After several hours of exploring, we headed back to the bus station to return to Madrid.