After flying all night, Diane and I arrived in Madrid via Iberia airlines on Wednesday morning around 7:00 am. It was so exciting to be back in Spain. We made our way to the hotel, checked-in and headed to Atocha train station. There was a giant atrium in the middle of the station. At one end of the atrium was a turtle pond. Turtles crawling everywhere. 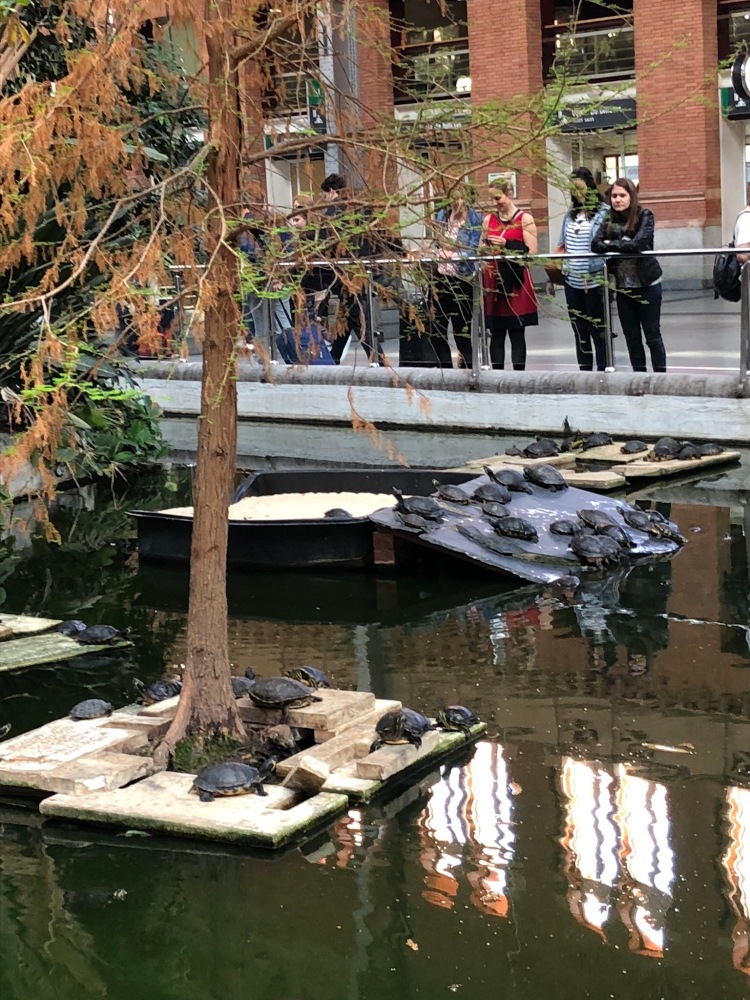 We got in a line to purchase Renfe train tickets to Toledo which is about a half-hour train ride away. We had told Ellen we’d arrive around 11:30 am. There were a half dozen people in front of us and it took forever. The line crawled. Maybe the atrium turtles were their mascots. If not, maybe they should be. We couldn’t imagine how they could be so slow using a computer. Finally, we reached the head of the line and we were told all the trains were full until the 2:00 pm departure. We left and maneuvered our jet lagged selves to the ALSA station and quickly hopped a bus to Toledo.

We tried to meet Ellen at the Cathedral front door which was a vague place to meet. All the doors looked like the front entrance. We kept circling and Ellen kept circling. We eventually did connect somehow.

Found a nice outdoor cafe for a mid-afternoon beer and some tapas.

A trio of ministrals serenaded the patrons at the restaurant.

After lunch we did some touring. We visited the school Ellen attended many years ago in college.

Her class picture still hangs on the wall. She’s the one in the upper left corner.

Plaza Zocodover was a great stop for people watching and beverages. Diane had a mojito and I had a “jar” of sangria. 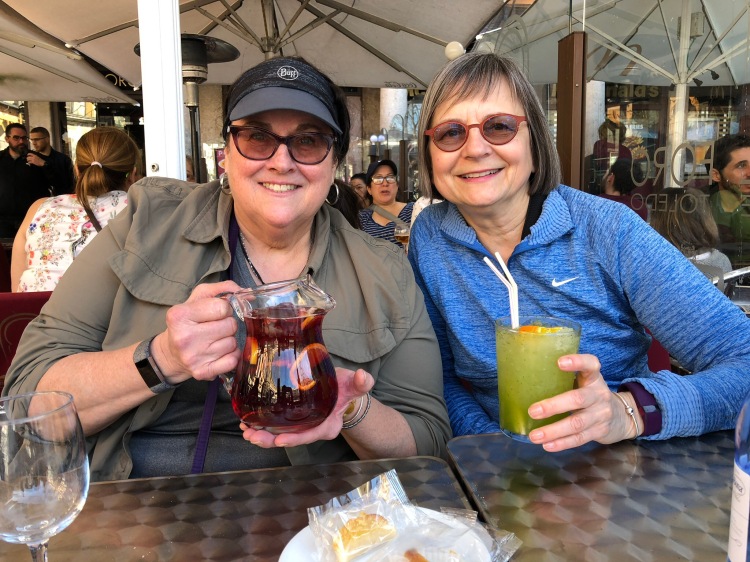 We discovered several marzipan shops in Zocodover. This is Spain’s marzipan haven. One shop had a model of a cathedral made out of marzipan.

We took a train tour around the outskirts of town. 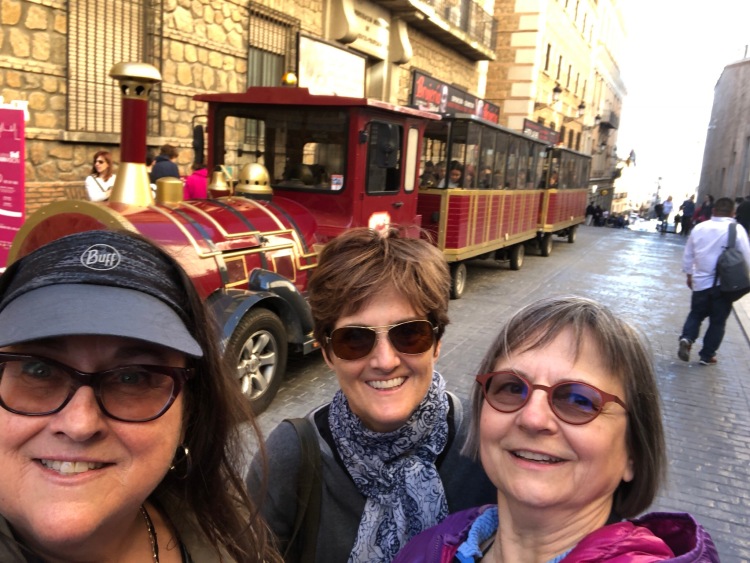 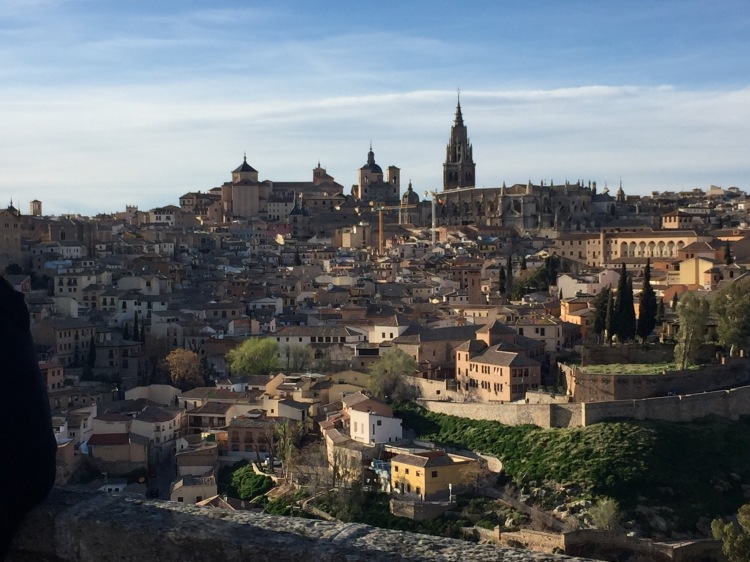 Time to head back to Madrid. As we were leaving Toledo, we were told there would be Holy Week processions starting at 9:00 pm and they would wind through the town until about 3:00 am. It was tempting to stay, but we were so tired we decided to call it quits. We took the ALSA back to Madrid. Less than an hour later we were in Madrid and the restaurants were just starting to open at 9:00 pm. We ended the evening with Paella. 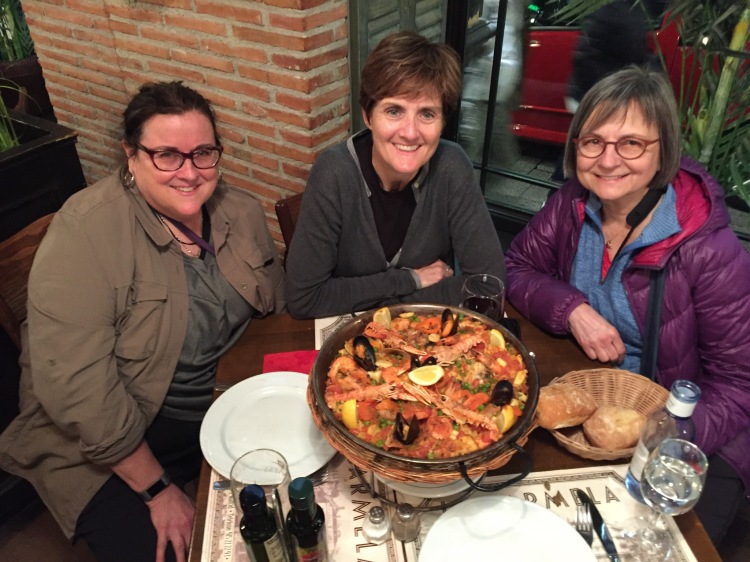 2 thoughts on “Touchdown in Spain”