Still raining. We made our way to the bus station. The plan was to catch a bus to Finisterre which is where we would start walking our Camino. We arrived at the bus station early, bought our tickets and waited for our 10:00 am bus. Somehow, it came and went. We were in the wrong place at the right time. Two German women also missed the bus. We all went to hang out in the bus station cafeteria until the next bus came at 1:00 pm. 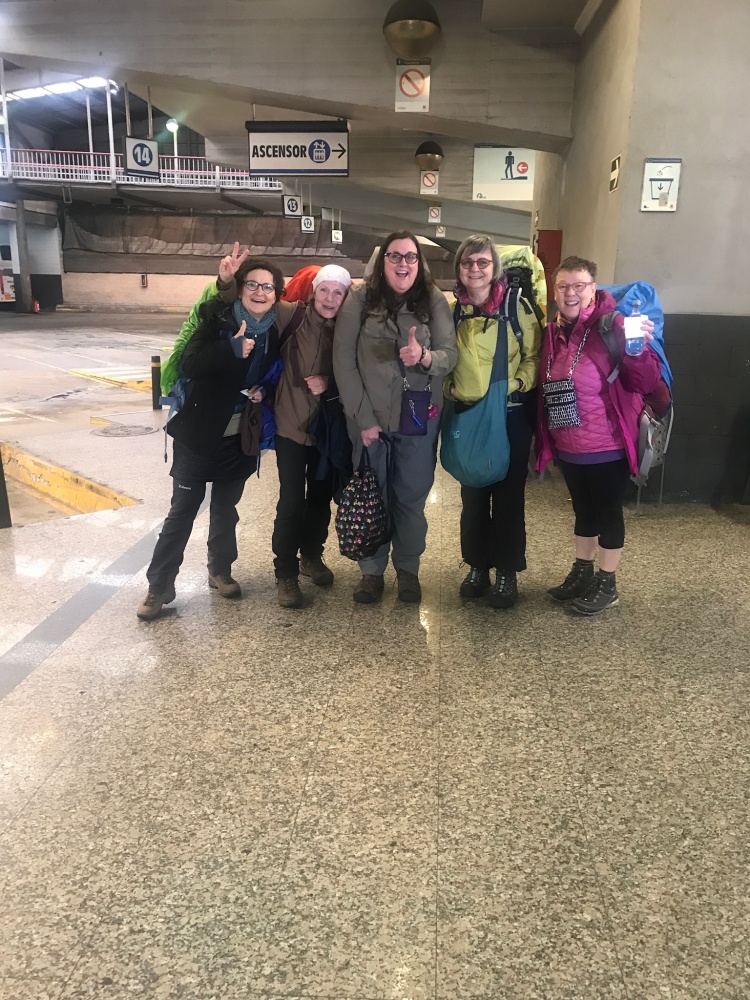 Christine and Kirsten are from Germany. Kirsten is a middle school science teacher (like Peggy). She had to return to work the following Monday. Christine is an occupational therapist. They had walked Camino Frances (500 miles) and were going to Finisterre for a little break before heading back to Germany. 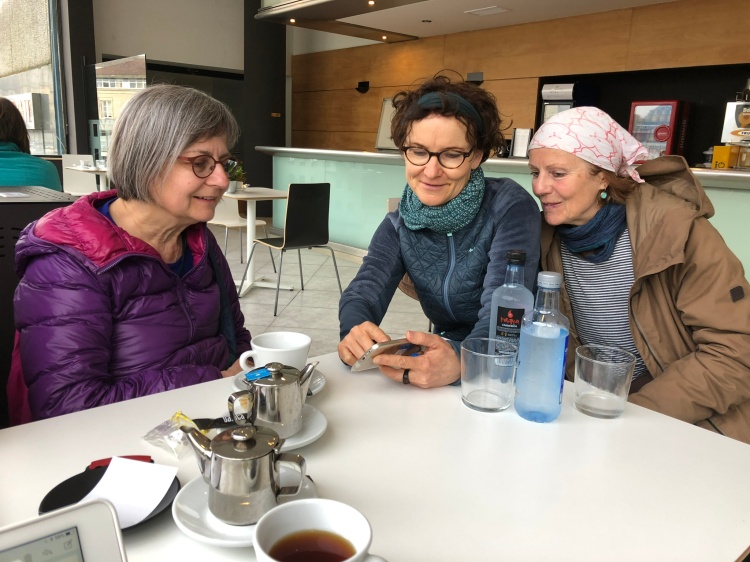 We walked a few blocks in the rain and found our Albuergue Cabo de Villa. This is the little cube Peggy and I shared. A bunk and two lockers for our backpacks.

At the albuergue, Terry and I relaxed, blogged and has some wine while Diane and Peggy went touring nearby. Terry and I had seen most of Finisterre on our visit last year. We shared the albuergue with a group of special needs youth and were impressed by how well behaved they were and also by the large number of adult volunteers traveling with them. 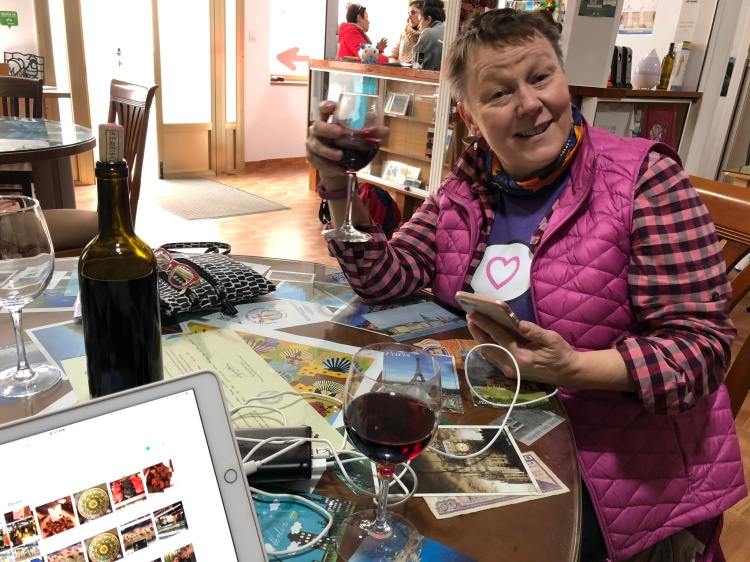 We went down to the lighthouse, which is the furthest point west. In ancient times, it was thought that this was the end of the earth and that the gods pulled the shade down at the end of night.

It was quite windy at the lighthouse. 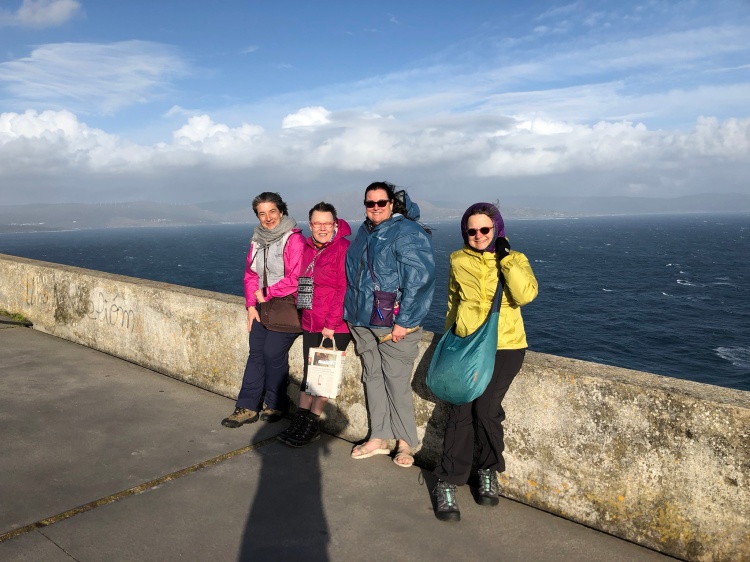 We stopped at the lighthouse lounge for beverages. Some of us had gin & tonic which was garnished with an orange and cloves. Gave it a very different taste. 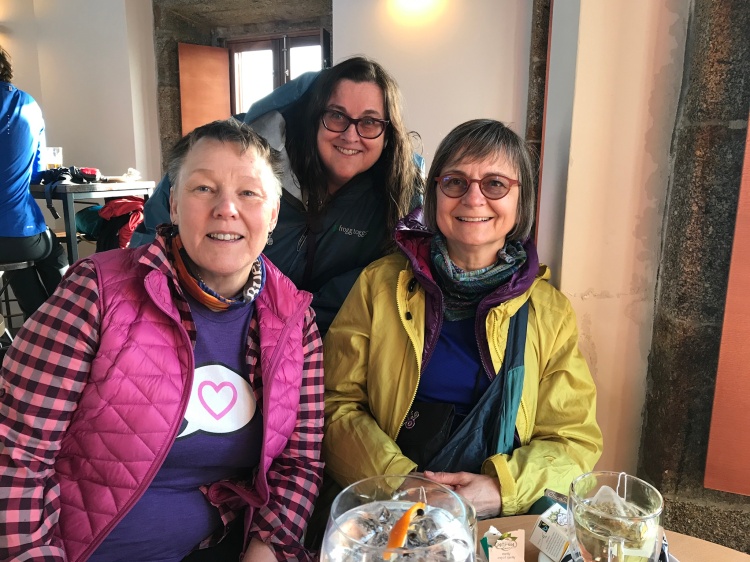 Next stop dinner. Peggy had lamb chops, I had chicken and Terry had mussels. 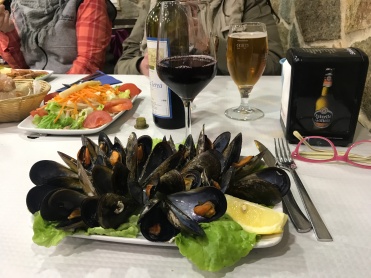 This was our first 3-course Pilgrim’s dinner which included a salad, bread, main course, dessert and beverages (beer & wine included) for 12 euro, about $15. 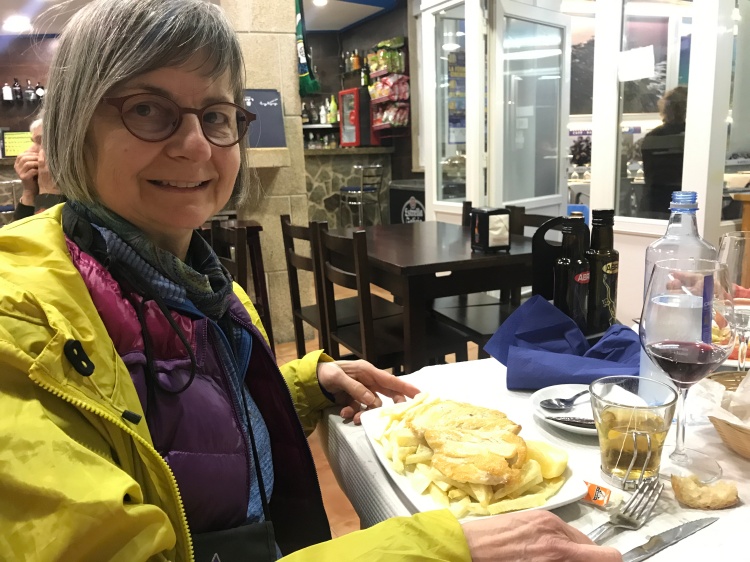 Back to the albuergue. Lights out at 10:00 pm. Tomorrow will be our first day of walking the Camino Finisterre.