Today it is more than just cold rain, it is a downpour. It rained most of the night and the Rio Iso is rising. The water is moving much faster than before. Most of the pilgrims have stopped walking for the day

Dark skies all day long accompanied by rain most of the day.

The river is rising.

The water used to be so clear you could see every rock on the bottom. Now it’s muddy and murky.

We showed up for our 1:00 pm shift and it was still raining hard. Ana the Albuerguesa sent us on our way. It is too cold. We spent most of the afternoon at Meson Rural drinking wine, blogging, backing up phones, catching up on news and talking.

Terry and I have been together for almost five weeks. One would think we would run out of stuff to talk about …. never.

Here’s another nook at the Meson Rural. This is the indoor grill. Looks like they stoke it with charcoal. It has a very large vent over the top.

Taylor from Long Island, New York said her realtor license expired today and she was happy about it. Didn’t like working 24/7. She’s walking the camino to discern her future. She graduated from Art & Design school a few years ago. When she returns to NY, she would like to start out doing retail window display design.

Ken from Toronto, Canada is done for the day. Walked in the rain and cold and has had enough. 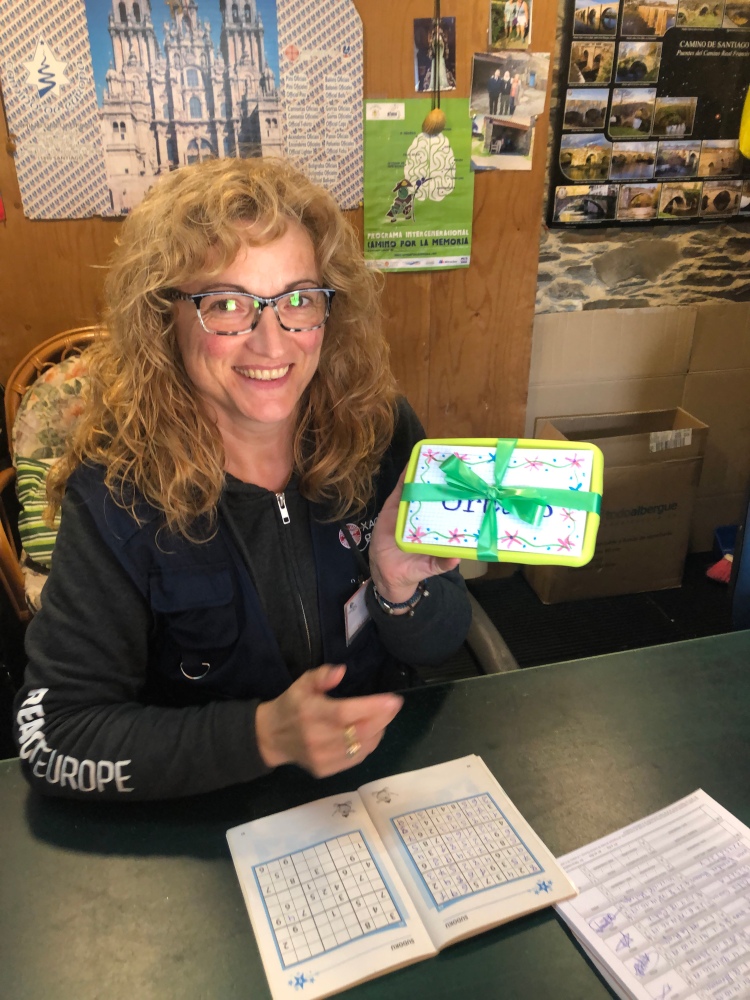 This would be our last day working with Ana. I made a batch of Mahnomen Porridge, a Native American recipe from Mahnomen tribe from Minnesota. We packaged it up and made a thank you card to go with it.

Cow rebellion: Rosella, Agnes and Elsie rebelled and made an escape. They left their pasture, crossed the river and walked through the Albuergue. Freedom! And where did they go — straight to the neighboring Pension’s fenced in garbage. It smelled so good they were licking the wood.

In the meantime, poor Bernadette was all alone. She did not leave the pasture, would not cross the river and did not approve of the others going. She paced around the pasture and moooed a lot. She was quite upset.

The great escape: Elsie takes off over the bridge

Agnes hides behind a tree.

Rosella makes a run for the weeds.

The three renegades went through the weeds, crossed the river again and ended up where the grass was greener. 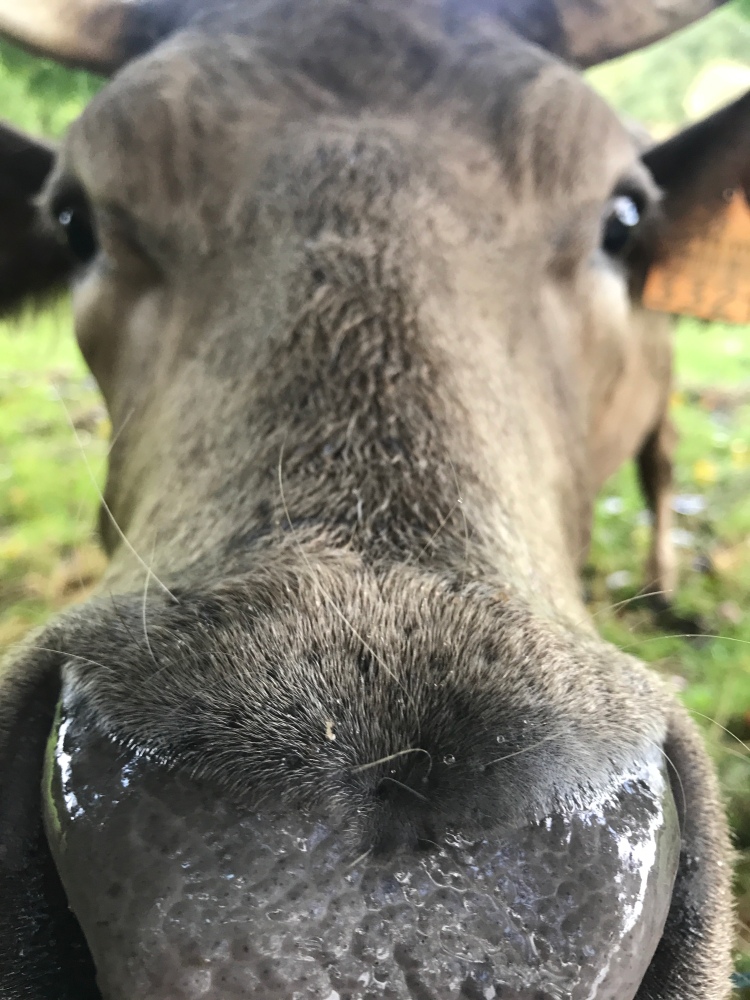 Terry comforted Bernadette who stayed behind.

Alfonso and Chisco got everything under control. The gals are all heading to the barn.

As you can tell, things have gotten slow at the Albuergue. Time to go home. We leave for Santiago tomorrow.