Fall is definitely settling in here. The days are getting shorter. It’s dark at 8:00 am and dark at 8:00 pm. It’s windy, cold and rainy. Not a good day for pilgrims to be walking today. Sunday morning is very quiet at Meson Rural.

One of my priorities today is to call my son Owen, it’s his 20th birthday. He is going to school at NDSU in Fargo. It’s about 3:00 am in Fargo, so I better hold off until later today.

Melissa from Seattle on a rental bike. She said the bike was rented through Cycling-Rentals.com. The bike was at her first stop when she arrived. It came in a box with directions on how to attach the pedals and adjust the handlebars which were packed for shipping. It also came with a helmet, tool kit and the panniers. When she reaches her last destination, she leaves the bike as is with the helmet and panniers in a garbage bag next to it. Someone comes and picks it up. She said they also rent e-bikes which I think would be a great option for this terrain.

Melissa said biking is about as fast as walking because she stops often to take photos or look at the scenery. She said while riding, her eyes are focused on the road mostly. 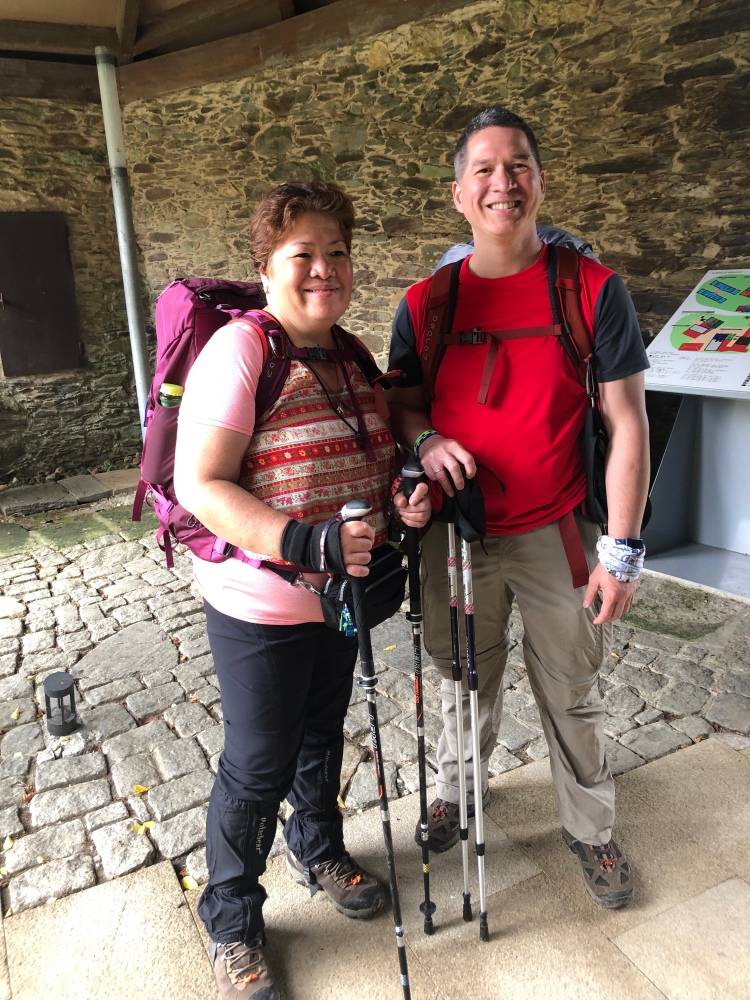 Cutest Couple: Rose and her brother Clarence. Both are from California. Rose has walked four caminos and Clarence has done two. She’s already planning her next one. 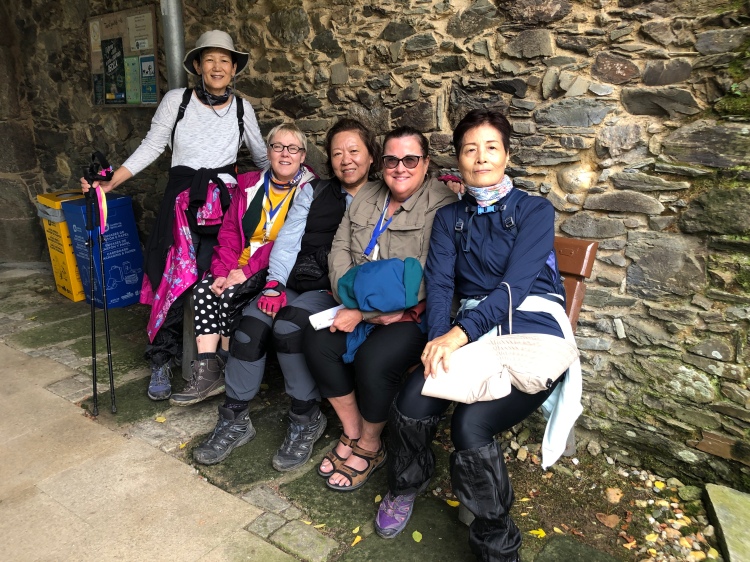 The Ladies from Taiwan: Ching Lee, (Terry), Maria, (Jane), Teresa. Agnes is taking the photo. We may take a lot of photos of pilgrims staying at the albuergue and passing through Ribadiso, but we are also in a lot of photos. Many pilgrims take our picture or want us in a photo with them. As the saying goes … there are no strangers on the Camino, only friends who haven’t met yet.

Teresa from Taiwan wanted a photo with the American Theresa. Very sweet!

Even though it is a damp cold with mist and rain today, people are still in the icy cold water of the Rio Iso. It’s good therapy for tired feet. Our numbers are dwindling … it was just a week or so ago and the river was full of pilgrims.

Farmer Alfonso had the cows in the pasture across the river from us. Three of the four cows crossed the river and came on to the Albuergue property. Bernadette our favorite cow does not leave the pasture and gets upset with the other cows for leaving.

Dinner tonight is spaghetti with a sausage meat sauce and Parmesan. Of course it is accompanied by a bottle of wine, some good bread and salad mixta. A hearty meal to end a cold, rainy day.

One thought on “Ribadiso: A Cold Rainy Sunday”