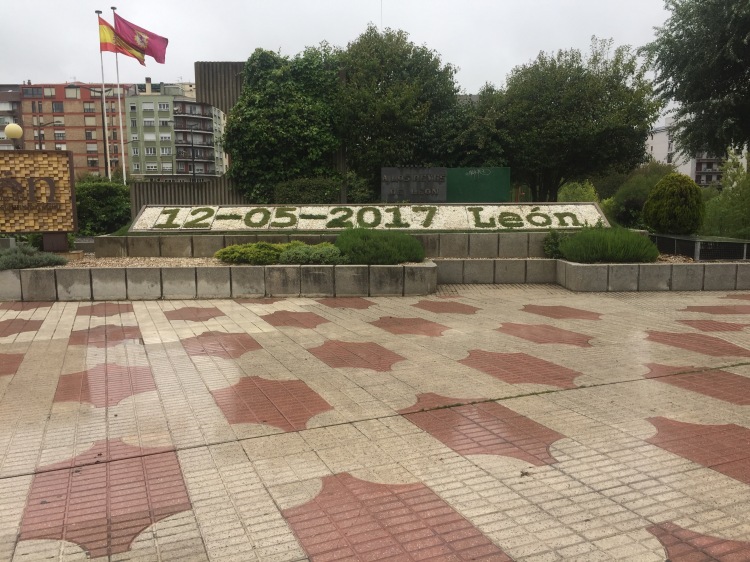 Now we are feeling a bit worn out and have dealt with a number of foot ailments and more. The many consecutive days of hiking with backpacks is starting to take its toll. We have slowed down and are taking more time to rest and appreciate the culture.

The segment of the Camino we are at now is called the Meseta. My guidebook says it has a reputation for being, “boring, repetitive and bleak.” It’s flat, all sun and we’ve been told it’s similar to walking through Nebraska. Other pilgrims have confirmed this and also talked about the mental agony it creates. Taking all of this into consideration, we decided to morph ourselves through the Meseta. We enjoyed seeing it from the window of our comfortable bus which was full of our fellow pilgrims doing the same thing. The short three hour bus trip bought us eight days which is how long it would have taken us to walk the Meseta. We also learned that the winds were very strong and caused many to stop walking. We were happy, delighted and energized when we arrived in Astorga which sits on a hill. The Cathedral is prominent and it was our first stop.

It was about noon (on a Friday) and we were surprised to see a service taking place at the Cathedral. There were about 15 priests, bishops, monseigeurs presiding and a large number of locals attending. We figured out that it was the feast day of Santa Maria del Castro, their patron saint. After the service the presiders left and the congregation lined up to walk by the decorated statue and pay their respects. I was hoping they would parade through the town with the statue of Santa Maria but it became obvious that that was not going to happen.

Santa Maria del Castro, patron Saint of Astorga.
Two elderly ladies came up to us and started talking in Spanish about the Camino. We stumbled through a conversation with them and they were all smiles. One of them kissed both of us — Euro style on both cheeks. We have found that old ladies love the pilgrims on the Camino. As we were leaving the Cathedral, I notice a poster that showed a procession and it had tomorrow’s date and a time of 7am. We were not totally sure what it was about, but I was willing to get up early to check it out.

Many of the big churches in Europe have now combined to become museums. They have nice audio tours and are loaded with many fascinating things. It only costs a few Euro and it is probably what is keeping these churches open with the declining congregations and lack of support they face today. The Astorga cathedral had a museum and it took us hours to get through it. Lots of history and many church splendors on display.

The ornate entrance to the Cathedral of Astorga.

Astorga is a very charming town and reminded me of German villages. We stopped for lunch and found our hostel. We walked around town. We came too late to tour the Chocolate museum. There were several stores that sold lots of chocolate. 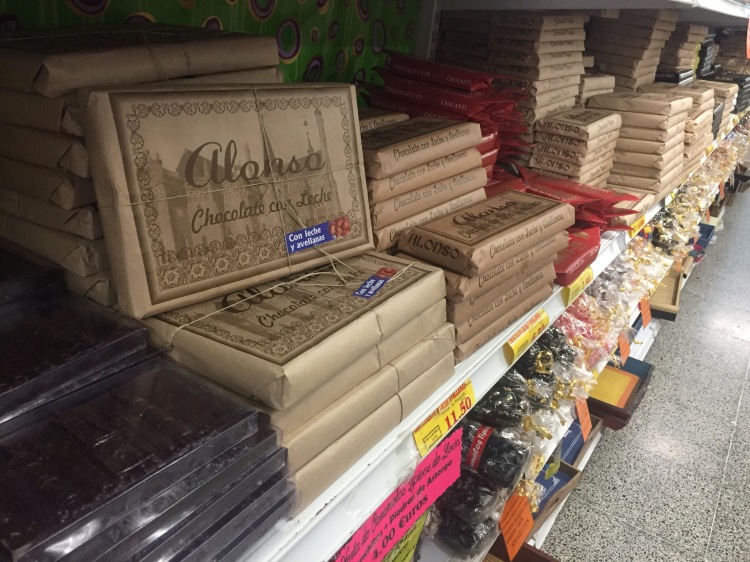 The government building has a clock that is very similar to a glockenspiel.

This is our hostel. Our room is the balcony above the sign.

All the hoopla was over by 9am. We met back at the hotel restaurants for breakfast.

This is one of the Astorga specialties. The two characters on the box are the same figures that are on the glockenspiel in the town square. They strike the bell on the hour. One type of La Mallorquina takes like cake and the other has honey and tastes more like Baklava. 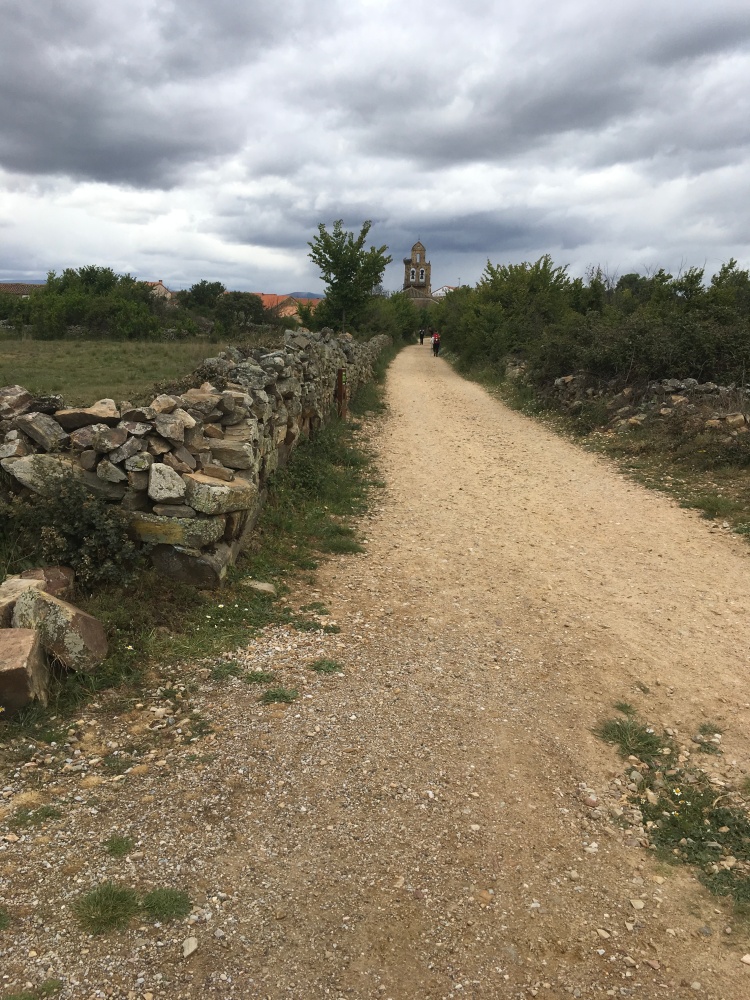 Back on the road again. This one leads to Rabanal del Camino.

3 thoughts on “Leon to Astorga”